The CMS Made Simple development version, 2.3, is well underway and we are very excited about it! We thought it would be a good time to share our excitement with you and discuss some of the routes your favourite CMS software is taking.

The CMS Made Simple development version, 2.3, is well underway and we are very excited about it! We thought it would be a good time to share our excitement with you and discuss some of the routes your favourite CMS software is taking.

CMSMS v2.3 has many changes under the hood, a serious cleanup of code, and important new features. These transformations will make CMSMS faster, easier to use for developers and move it into a position where it is more efficient to manage and enhance going forward. 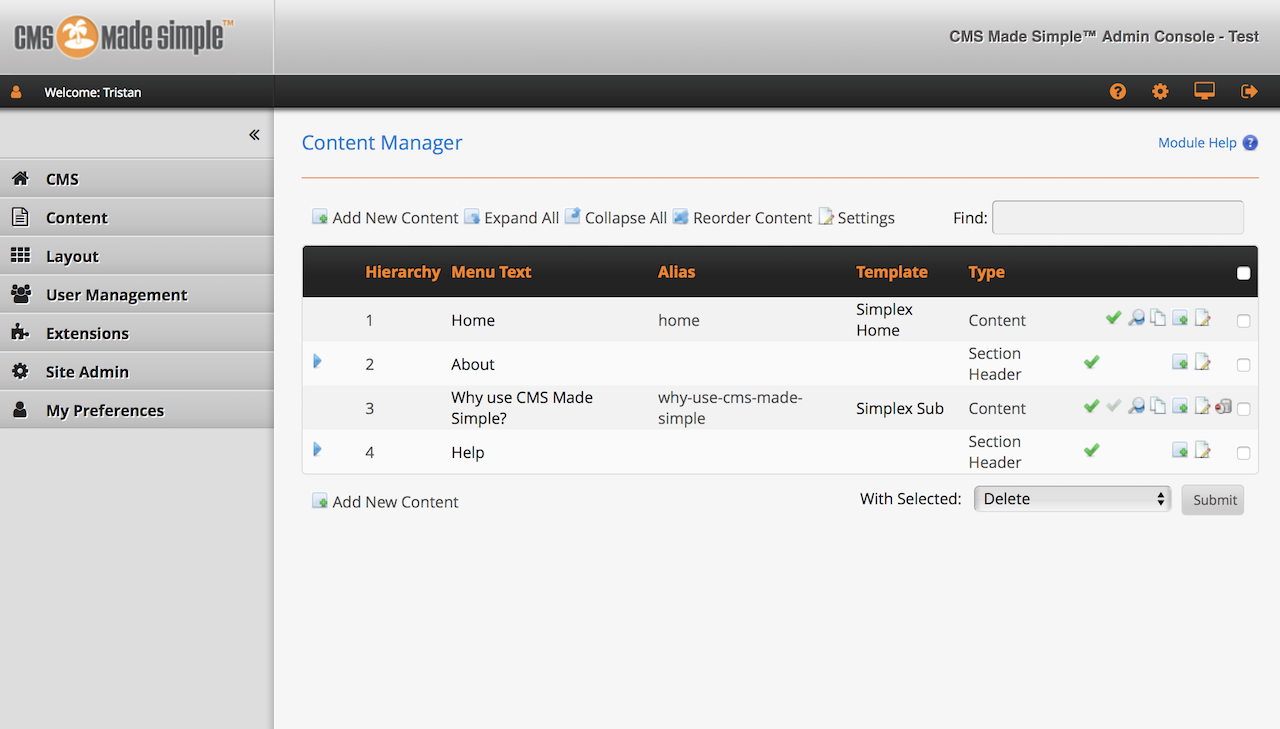 Numerous improvements have been made to make the life of application developers using CMSMS easier. Mostly, it involves migrating some things out of the database and into files. This allows developers to use their favourite editor, to manage their build process, to manage their work in a source code repository, to separate data from application, and to better handle backups. These changes include:

As part of this next change, some of our older modules will reach their end of life. These modules are some of the remaining legacy code builds from the 1.0 series. Any modules that are no longer core appropriate have either already been replaced with enhanced alternatives or have no longer been in serious use for a long time.

As you can see, there are numerous changes in CMSMS v2.3. With these changes, CMSMS v2.3 is leaner and faster for everybody. It makes the job of application developers easier by allowing them to use their regular tools. Meanwhile, end users and content editors will notice few overall changes.

Under the hood, there are many optimizations and cleanups. These changes may affect module developers who:

Some of the changes that may affect things for module developers:

Get your hands on a copy before the official launch by being a beta tester.

These are the primary changes in CMSMS v2.3, although, there are several other changes and improvements that will be announced at a later date. The changelog for v2.3 is extensive and impressive. Users and developers will have the opportunity to test CMSMS v2.3 before it is released for production, and to get their modules up to date during an extensive beta process.

We are looking forward to letting you get your hands on this next generation of CMS Made Simple. We'll make announcements about the beta as soon as we are ready.

Thanks for reading,
Your CMSMS Dev Team.